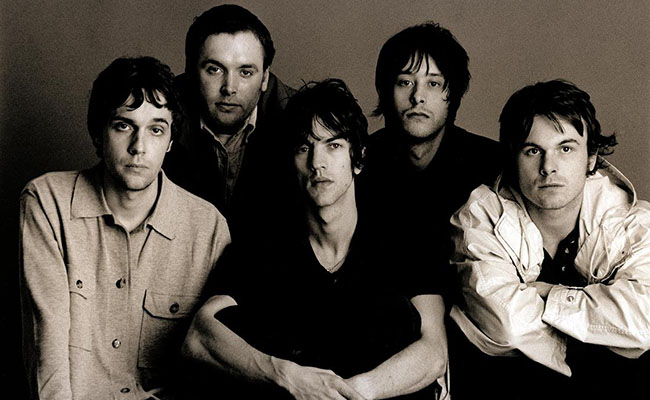 The Top of Brit Pop

The British music industry and Great Britain’s, in general, is mainly responsible for the popularisation of rock, pop and indie culture. From that place emerged the Brit Pop, a peculiar style of making music, presenting the world with some of the greatest bands ever.

After The Beatles, Rolling Stones, Queen, The Cure, Sex Pistols and many other bands, new sounds – influenced by the classics – appeared recently.

Coming from the Brit Pop, the British band The Verve is responsible for recording one of the most iconic albums in the last three decades: ‘Urban Hymns’. The song ‘Bittersweet Symphony’ is in history as one of the most popular songs in that year, and when the first accords kick in, undoubtedly you will recognize it. Even though the band had a promising career, it had an early ending, either way they left its mark.

Coldplay, born in the 1990s, is the most successful British band in the recent history: it was the only band capable of getting into the American market systematically, in other words, album after album. Being a band that still sells sold out shows in every stadium in the United States until this day.

From the melancholic beginning (musically speaking, of course) to the top, with happier songs, the band has a dozen of great hits and still rocks in full force.

On the should of the giants

One of the bands that influenced Coldplay somehow was The Verve. Chris Martin once said he wished he had written ‘Bittersweet Symphony’, his all-time favorite song. The band once played the song in a show, featuring Ashcroft on vocals, their greatest memory, they claim.

The Verve was formed at 1990 by four lads from a city in England called Wigan. The band managed to be 8 years together, going through hell and fire over 3 albums that helped to define, along with Oasis, Radiohead and Blur, the movement Brit Pop in Great Britain.

At first they were called Verve, formed by four school friends: Peter Salisbury (drums), Simon Jones (bass), Nick McCabe (guitar) and Richard Ashcroft (vocal and songwriter). The first live gig was in 1990, in Wigan, followed by a few shows in 1991, ended up on getting great critic reviews. Since the beginning, there was a feeling of something big to come, mostly because by Ashcroft performance on stage and the psychedelic sound they were playing. In July of 1991, the band was signed by Virgin Records.

Besides the good reviews and the label deal, the Verve only released their first single, March 1992. Called ‘All in the Mind’ shows for the first time the band’s psychedelic sound, full of echo, delay and reverberation. The critic once again loves it and praises Ashcroft’s vocals and McCabe’s guitar.

Out in June, 1993, ‘A Storm in Heaven’ is the first album with 10 unedited songs. It is a great record; however, it came out on the wrong timing, for being so different from Brit pop – that was getting famous because of bands like Blur and the song ‘Modern Life is Rubbish’ – Besides, the world was breathing grunge, which was the hot stuff at that moment. The band then starts touring with Smashing Pumpkins around Europe, meeting the Oasis and having a close friendship with them.

In August 1995, just after a few weeks of the album launch, The Verve announces its end at Glasgow, during a show – mainly because of the constant fights between Ashcroft and McCabe. Ironically, the record is a major success and happens to be chosen the single of the week in England.

With the Brit pop fading away and the bands going in different directions, The Verve finally releases the right album at the right time.

As featured on this Marca Codigo, Songs like ‘The Drug’s Don’t Work’, ‘Bittersweet Symphony’, ‘Sonnet’ and ‘Lucky Man’ were played until exhaustion on the radios, reaching the top 4 in England. The album sold 7 million copies all over the world, taking The Verve to a tour around the States.

When everything seemed fine, in 1998, Ashcroft fights again with McCabe and the band breaks up to never return.

Although The Verve had a major influence over bands as such Coldplay, it’s hard to say they can compete. Coldplay is a solid band with several hits and managed to be consistent all over these years, so they’ve got this round.